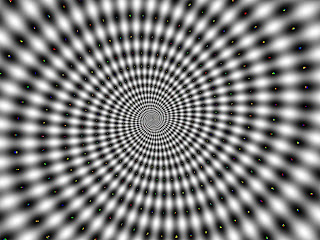 Recently I was talking to someone about the strongest hypnotic induction. What do you think it is?

Dave Elman talks in his book about getting clients into a trance in 90 seconds that was so deep they could do dental surgery without pain and with minimal bleeding. Milton Erickson specialized in getting in possible results with impossible clients.. You can go to youtube.com and search for "rapid inductions" and you'll see people being dropped right off their feet and into deep trance in a number of different ways.

So what's the strongest way?

For me, the answer is NONE of them.

when I first started studying hypnosis, I was perplexed as to how Elman could get such a deep state of trance so very quickly. The clue was there, but I was making a mistake that a lot of people make when they first start.

But the bottom line, the real power in the induction is YOU. The confidence and the experience that you exercise is what really determines how deep and how consistently you can get people into trance.

The secret is touched on by Elman in his book "Hypnotherapy." At the time the book was written, he was only teaching hypnosis to doctors and dentists, and he tells the story of how he insisted that his students practice on a certain number of their patients every single day. One dentist/student, who didn't begin to actually practice until several week into the class drew Elman's ire, and he explained that without the consistent practice he'd never get good at hypnosis.

No matter how much studying you do in hypnosis, your strength will come from the amount of practice, with different people and in different situations, that you do. You have to do it with awareness, but also consistency. Experience is a big ingredient in your confidence and control.

Now there are some people who want to learn hypnosis because they feel it will give them greater confidence in social situations, and it can be a tool for gaining confidence. And it will be, IF you go out and practice. Push your boundaries! Because for real power in hypnosis, that's something you have to bring to the situation from inside you.

Sure, some people are natural hypnotic subjects, with good intelligence and great imagination, and they'll drop as easily and deeply into trance as you want them to go. But you can't rely on the client always being able to go, no matter how much they want to. You have to have strong skill, and for that you need confidence in your own ability to hypnotize, and also confidence in being able to motivate your subject to get to the place you want them to go. That means being well familiar with different levels of trance, and well familiar with the different ways to communicate that trance in a way the subject can relate to.

Then the induction becomes the magic spell that the uninitiated think it is.
Posted by Jeff at 1:35 AM 4 comments: